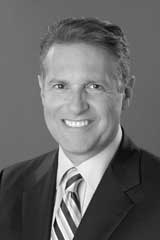 Mr.  Mora recently served as a guest co-anchor of the PBS NewsHour and, until 2016, was the anchor of Al Jazeera America’s International News Hour and the network’s 11 p.m. national news wrap-up show. He also hosted Al Jazeera America’s long-form interview show, “Consider This,” and was one of the hosts of “Talk to Al Jazeera.”

He appears frequently as a Latin American affairs analyst, with a specialty in Venezuela and Cuba, on i24NEWS, Al Jazeera English, MSNBC, Fox News and other networks, He has published a series of columns as a contributor to The Hill and The Daily Beast and is also an experienced moderator who has moderated gubernatorial, senatorial and congressional televised debates in both Florida and Illinois.

He was the main anchor at CBS4 News in Miami from (2008-2012), after having served as the main anchor at its sister CBS station, WBBM, in Chicago. Earlier, he was the original co-host of “Good Day L.A” at KTTV-TV in Los Angeles (1993-94), a reporter and anchor for WTVJ in Miami (1992-93), one of the original anchors for “Nightside” (1992), NBC’s national overnight newscast, one of the original announcers for ESPN’s international transmissions to Latin America (1991-92), an anchor for Telemundo’s New York station, WNJU-TV (1991), and a reporter/anchor for Univision’s New York station WXTV (1989-91).

Mr.  Mora has received two Peabody Awards, a national Edward R. Murrow Award, three national Emmy Awards, and nine local Emmy Awards. He’s a member of the Council on Foreign Relations, a former Vice President of the National Association of Hispanic Journalists, and has served as a member of multiple boards of trustees of non-profit organizations. He was named one of the country’s “100 Most Influential Hispanics” by Hispanic Business magazine in 1999.